The Mid-America Air Museum is a finalist for the 8 Wonders of Kansas History because it helps tell the story of Kansas' aviation history and is one of the largest general aviation museum in the country.

The Mid-America Air Museum is the largest aviation museum in Kansas and the fifth largest in the nation, but it is also known as a source for information on the Kansas aviation story. 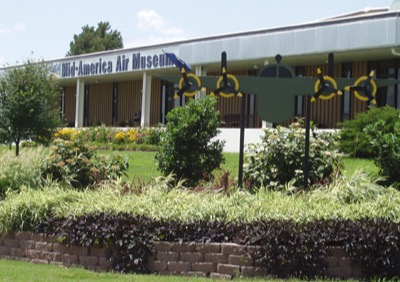 It's recommended to start your visit to the air museum by watching the 17-minute video,     "A Story of Aviation in Kansas."  It has a wealth of information about early flight and the pioneers of Kansas aviation, the history of all the aviation companies in Wichita, the aviation museums in Kansas and interesting statistics about the number of planes and pilots produced in Kansas during World War II.
Displays feature: 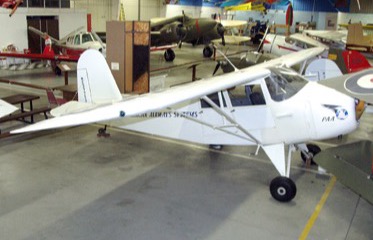 Liberal, once home to a major Beech Aircraft manufacturing facility and a B-24 Liberator pilot training base during World War II, established the museum to help preserve a proud local and national aviation heritage. It is a vision started by the late Colonel Tom Thomas, Jr., who donated his personal collection of over 50 planes to the museum.
Open  Tuesday-Saturday, 9 a.m. - 6 p.m.; Sunday 1-5 p.m. Closed major holidays.  Admission charge $7 for adults, $5 for seniors 62 and older, $3 for students age 6-18.