Home / 8 Wonders of Kansas / architecture / Chapel of the Veterans, Leavenworth
An 8 Wonder of Kansas Architecture

Chapel of the Veterans, Leavenworth 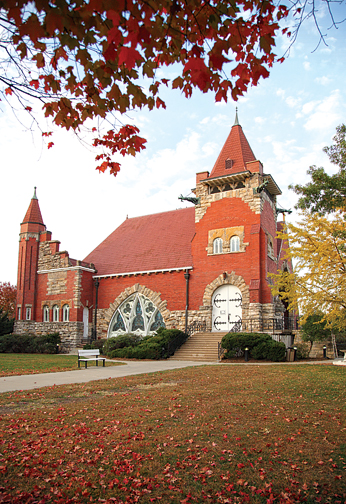 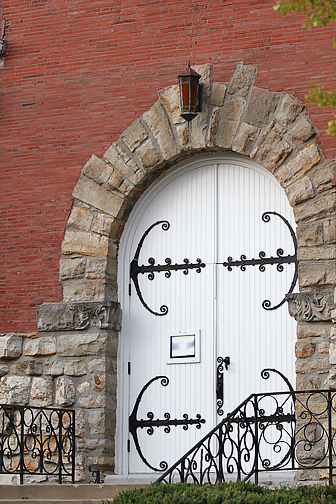 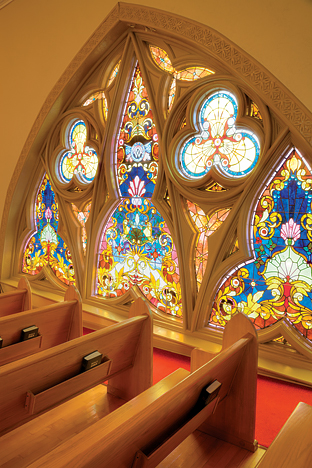 The Chapel of the Veterans is a finalist for the 8 Wonders of Kansas Architecture because of its ornate style and it's the only church where Protestant and Catholic religious services could be conducted under one roof at the same time.

The Chapel of the Veterans on the grounds of the Eisenhower VA Medical Center is very ornate and is in contrast to most of the buildings on the grounds of what was originally called The Western Branch of the National Home for Disabled Volunteer Soldiers. It was constructed in 1893, a decade after the dormitories and many other buildings had been constructed to provide for veterans of the Civil War. The entire facility is now a National Historic Landmark.

The Chapel is built of unusually long, thin clay bricks with Gothic arched windows and doorways. These openings, a large square tower containing the main entrance on the northeast corner and a smaller octagonal stair tower on the southeast corner are all trimmed with limestone. The two-story stained glass windows on the east and west sides illustrate religious and patriotic scenes. These intricate windows are visible to both the upper level Protestant chapel and the Catholic chapel on the lower level. The Catholic chapel is above ground level on the west side as the building is built into a steep slope. Both interiors have plastered walls and are less ornate than the exterior. This duo use earned the Chapel a place in Ripley's Believe It or Not in the 1920's.

Three gargoyles are found on the exterior. The tower has eleven tubular bells but they are rarely used. 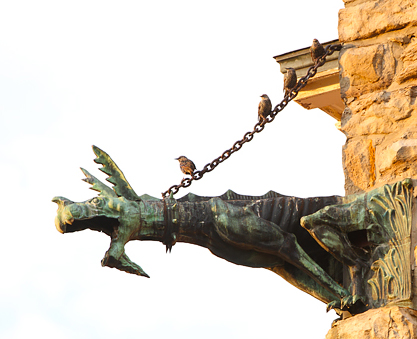 The design was inspired by a Gothic chapel that architect Louis Curtiss saw being renovated in England. Curtiss designed outstanding buildings in Kansas City that exist today. 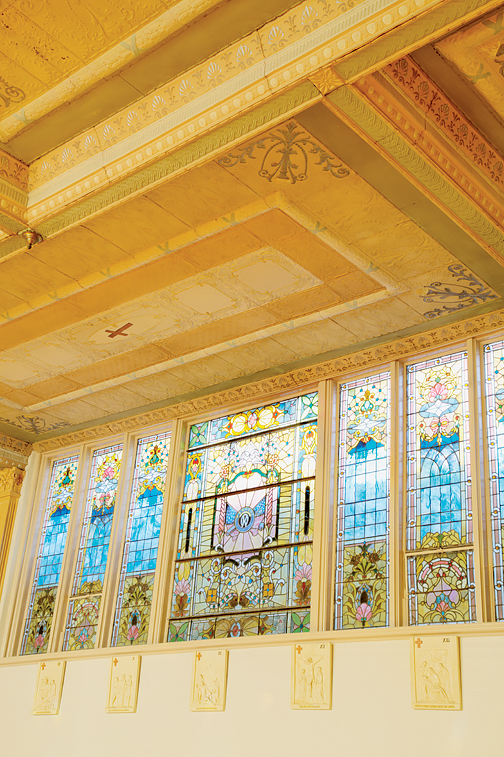 James McGonigle was responsible for most of the early buildings at the VA. Curtiss and McGonigle collaborated on buildings at the 1893 World Columbian Exposition in Chicago as well as many Santa Fe railroad facilities and Fred Harvey restaurants and hotels throughout the Southwest.