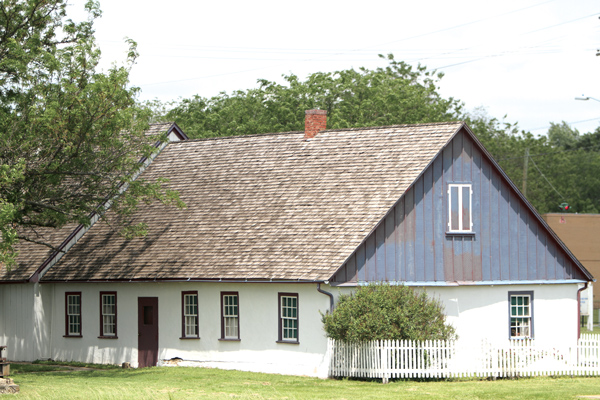 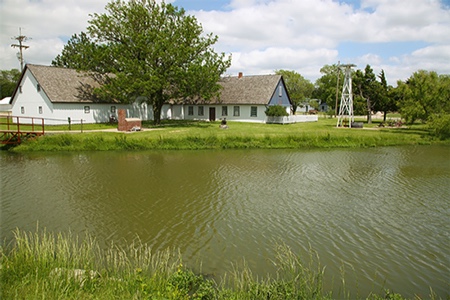 The Peter Paul Loewen House is a finalist for the 8 Wonders of Kansas Architecture because it is the last remaining immigrant Russian Mennonite clay brick structure left in North America.
The historic Peter Paul Loewen House is a traditional Russian clay brick house built in 1876 in the Mennonite settlement village of Hoffnungsthal. The house features a Russian Mennonite straw-burning oven-furnace combination. The house is called a "house-barn" because like such houses in Europe, it has an attached barn.

Peter Paul Loewen immigrated to the United States in 1876 from the Molotschna Mennonite colony in South Russia. He came over with his wife Anna Wiebe Loewen and four young children. That summer and fall Loewen built an un-baked clay brick house like the ones they had known in South Russia. There, Mennonites had learned the technique from their Russian neighbors. They called these clay bricks, "Erdziegeln," or "earth bricks" they also sometimes referred to these houses as "Erdmauern," or built of "earth walls."

Peter Paul Loewen had originally wanted to build the house out of stone, but hauling the stone became too difficult, and professional stone haulers could not be found. 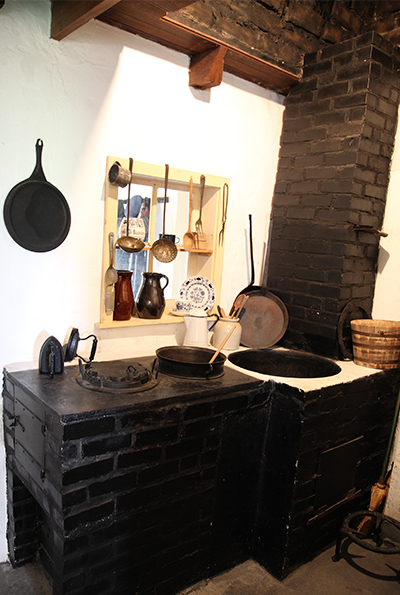 Apparently no accessible clay was near the site of the house. The men had to haul the clay from a pit a half-mile away. First the men had scrapped off the topsoil down to a layer of suitable clay. Then, as was traditional, the clay at the bottom of this depression was spaded into loose pieces and mixed with water, straw, and manure. The mixture was trodden by horses until it was of the right consistency; "until their hooves made just the right plopping sound in the thickening mud," wrote one Mennonite historian. Then the sticky substance was brought back to the site were the house was to be built, and poured into brick molds. The molds were rectangular open boxes divided into two equal size compartments, in such a way that the compartments made two 4" by 6" by 12" bricks. A standard Mennonite house took about 3,600 to 4,000 of these clay bricks. The walls were usually three bricks thick.

As in Russia, a layer of mud served as plaster and over that a coat of whitewash. In time, rain and weather would wash the exterior plaster away and each year, and as was traditional, the women and children would apply a fresh coat of mud and new whitewash each spring. 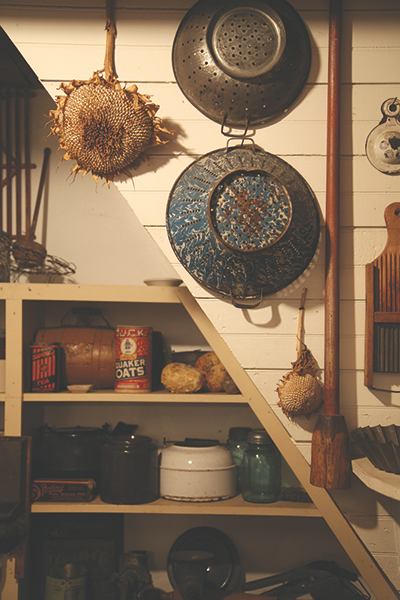 In 1958 the Hillsboro Chamber of Commerce moved the house into Hillsboro. It is on the National Register of Historic Places.

Open: Visit website at top of page for more information.