The Amazon Army is a finalist for the 8 Wonders of Kansas People because in 1921 this group of several thousand women marched across the coalfields of southeast Kansas in courageous protest against unfair labor laws and practices.

With the discovery of coal in the late 1860s, thousands came to work the mines. Some came to find work, some to escape repression, some to find a new life in America. At one time, this region produced a third of the nation's coal. The mix of some 50 nationalities created an ethnic geography unique to Kansas that came to be known as "The Little Balkans." 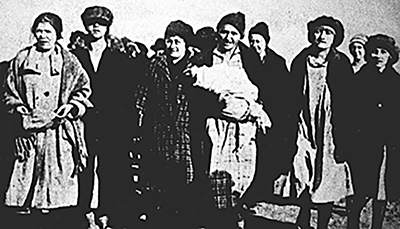 On December 11, 1921 five hundred women from the numerous mining camps in Crawford and Cherokee Counties crowded into a miners hall in Franklin and issued a statement in the name of "the wives of the loyal union men of Kansas" in protest against the unfair labor practices and laws involving hazardous working conditions, poor pay, and discrimination in the coalfields of southeast Kansas. 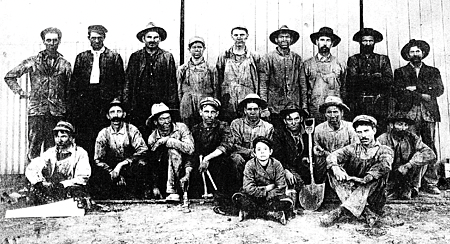 At 4 a.m. the following morning between two and three thousand women assembled at the Franklin Miners Hall to march to the mines. During the next three days, the numbers swelled to as many as six thousand female marchers. The actions were shocking and unheard of for women at that time making headlines across the nation. The New York Times dubbed them "The Amazon Army." 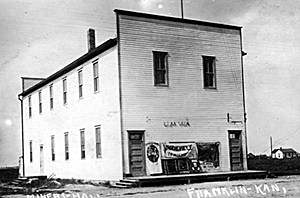 Facing the state militia ordered in by Governor Henry Allen, a machine gun attachment sent in from Lawrence, 1,200 rifles stockpiled at the Hotel Stilwell, and 1,000 deputized men "to protect the peace," the women met and marched behind large American flags. They carried no weapon of any kind but were equipped with red pepper to throw in the eyes of the scabs. Marie Merciez volunteered to supply the red pepper from her independent grocery store and black pepper if the red ran out.

Defying the governor's proclamation that "the Kansas government does not intend to surrender to their... female relatives."  They marched for three days to over 60 mines in Crawford County.

Following the march, in which women, some pregnant and carrying young children, were reportedly fired at by union guards rifles at their feet, Sheriff's deputies arrested 49 women on charges of unlawful assembly, assault, and disturbing the peace. They were held in bond of $750, rather than the customary $200. Their leaders included Mary Skubitz and her mother Julia Youvan. 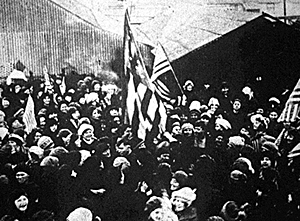 Joe Skubitz who was 14 at the time, remembered with pride his mother Mary's instructions on how to make the bread the mornings while she would be out marching. Mary's only son would later serve for 16 years as a U.S. Congressman and be instrumental in the passing of the Federal Coal Mine Health and Safety Act of 1969, and The Black Lung Benefits Act of 1972 and The Black Lung Benefits Reform & Revenue Act of 1977. 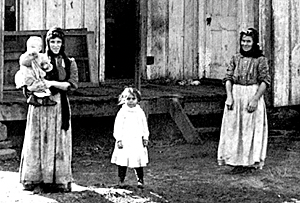 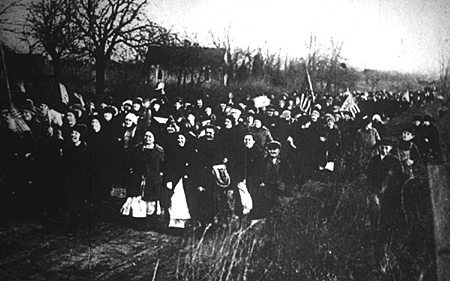 The March of the Amazon Army "The Women's Army of Kansas on the March: The Wives and Daughters of the Striking Coal Miners of the Pittsburgh District Go on the   to Oust the Strike Breakers, Invading the Mines and Scattering the Workers With a Red-Pepper Attack." New York Times, Sunday-Section, Dec. 25, 1921. Photo courtesy of Army of Amazons © 2000 Linda O'Nelio Knoll

As a group, the Amazon Army took a courageous stand against injustice and fought for their rights as Americans. This created a volatile history of rebellion and often times turmoil. But the Kansas Balkans remains one of the most progressive influential regions in the state. Reforms such as the 8-hour workday, equal rights for women and minorities, and child labor laws, were all fought for in the coal fields of Southeast Kansas.  Source Linda O'Nelio Knoll

POINTS OF INTEREST ABOUT THE AMAZON ARMY IN KANSAS 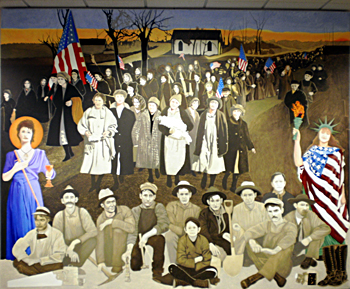 Franklin Heritage Museum, 701 South Broadway. 620.347.4220. Open Monday-Saturday 10 a.m.-3 p.m.The community center/museum location is the birthplace and meeting site of the women's march.     A plaque honoring the Amazon Army is displayed at the museum, which is the site of the original Miners Union Hall. The museum displays mining artifacts, immigrant history, and memorabilia.