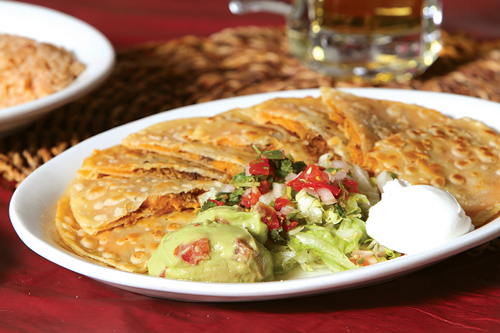 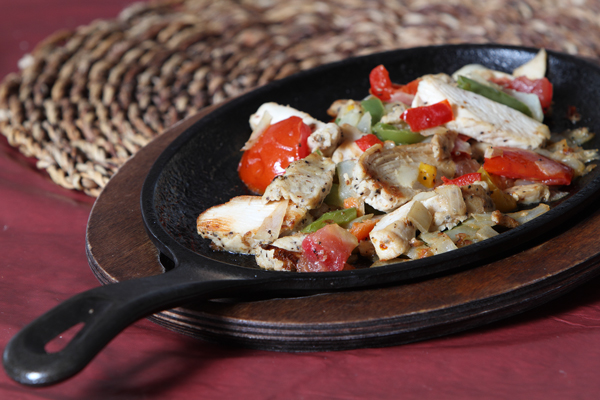 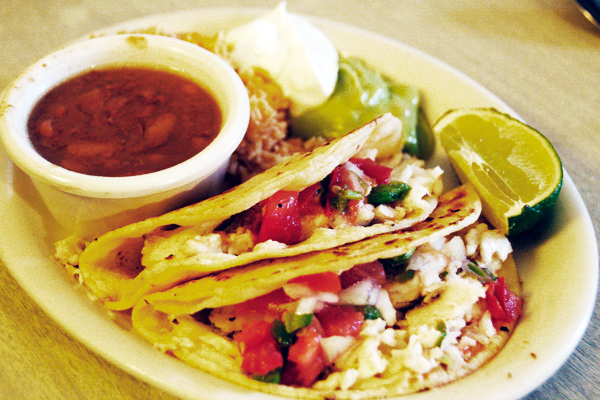 HISTORY OF CHARLIE'S by Leslie Niswonger

In conversations around town, one frequently hears the comment that there is nothing to do in Leoti. In a day and time when many leave Leoti for shopping, entertainment, and dining, one can still drive by Charlie's Mexican Restaurant on a Saturday night and see an overflow of cars in the parking lot, often times lining the street. In its 47 year of business and with its 50th anniversary around the corner, Charlie's has changed significantly over the years and continues to impress local and visiting diners.

In the Wichita County History Book II, one can find Alma Campas' written version of the history of Charlie's Restaurant. In the article, she states, "the concept of owning a restaurant had been a dream of my husband, Charles, for as long as I had known him." Charlie Campas came to Leoti from Mexico when he was five. Charlie and Alma Kuhlman met and married in 1947. Alma goes on to tell that with little land to farm, the two of them found odd jobs to fill in the gaps. In the 1950s, Charlie and Alma moved into Leoti so their boys could go to a larger school and participate in sports. At that time, they were able to purchase two blocks on the eastern edge of Leoti directly north of the fair grounds. The two added on to the 20'x24' house already on the property, and Charlie went to work for Pickerel Motors in Tribune. After a while, Charlie built a little showroom on his property and began selling cars in Leoti.

In the history book Alma tells of a trip they made to visit her mother's, Olga Kuhlman, family in San Antonio during the Christmas of 1961. "I remember stopping at a drugstore with a lunch counter. They sold tamales for five cents! Charlie bought some and liked them. They reminded him of his mother's tamales, which they always served for Christmas. He liked them so well, that we brought quite a few homes with us, packed in dry ice. By then, he had made up his mind that the showroom for the cars was going to be turned into a little Mexican cafe. There were many Mexican cafes in the south, but none in the middle of the United States, except for Garcia's in Garden City."

In January 1962, the Campas's little Mexican cafe began to take shape. They built a wall to divide the showroom and set up a kitchen. They outfitted the restaurant with used equipment except for a new French Fryer. With everything in place, Charlie's Mexican Restaurant opened on April 8, 1962.

While many showed up for opening day, Charlie and Alma had a difficult time getting the local cattlemen to eat the tostados, so they gave them away to jumpstart sales. Within two months of opening, Charlie's Mexican Restaurant had outgrown its small building, and Charlie added a kitchen to the east during the winter of 1962. Charlie's ideas for the restaurant grew, and he and his daughter, Priscilla, designed a 30'x50' area built to the west of the existing building. The addition housed a raised platform for a band to perform as well as space for dancing. Tables and chairs were added. A big crowd usually showed up to enjoy the entertainment of the evening. During the late 60s, another new kitchen was added as well as a drive-in canopy that allowed for eight cars.

Throughout the years and all of the changes, the entire Campas family pitched in to help with the restaurant. All three of their children, Roxy, Priscilla, and Gary, spent time peeling potatoes, washing dishes, making pizzas, car-hopping, etc. Even, Alma's mother served as the "ever on call dishwasher/cook's helper for a few years," said Alma. In 1967, when Alma had back surgery, Priscilla and her cousin Ramona Mora, served as lunch cooks. Son Gary and his now wife, Sheila, joke, "We ruined many a date", because they had to stay and wash dishes instead of going to the show, as they planned! It was during this time that Roxy took over the farm.

In the early 70s, Charlie remodeled and enlarged the restaurant once again. He added a bar, entrance to the north, and began a private club. The club was closed off to the original dining room. To use the new club area, one had to be a club member or be visiting with a member. The dining room remained open to the public. An addition of a private dining room for special events and yet another enlargement of the kitchen took place in the late 70s. During this time, they briefly opened a Charlie's #2 in Scott City.

It was during the 80s that Alma says she got tired of "being the one who had to stay until two or three a.m.," and so she gave Charlie an ultimatum. "If he wanted it to be open that late, he would have to help me." Her ultimatum worked, and Charlie closed the club. They continued to keep a game room, but closed the bar area for good and simply operated the front as a restaurant.

In addition, during the 80s, Charlie's health deteriorated. Because of this, Charlie's went from being opening full-time to opening at noon. For at least 20 years, Charlie's has opened only for supper. Not knowing the future, Alma and Charlie's youngest son, Gary and his wife Sheila showed an interest in running the restaurant. When Charlie passed away in 1994, Gary and Sheila took on the job. Ironically, Charlie opened the restaurant when he was 39 and his daughter Priscilla was 13, and Gary took over the restaurant at the age of 39, and his daughter Morgan was 13.

Although Gary considered closing the restaurant, he decided that if the family was going to make and eat Mexican food, they might as well keep the restaurant open. "Honestly, I didn't think I'd take it on very long, but now it's been 15 years," said Gary. He adds that there is a sense of pride especially since he is now serving Charlie's third generation of patrons.

With patrons from Leoti, Scott City, Tribune, Lakin, Garden City, Sharon Springs, and Weskan, as well as other places across the country, it didn't take Gary long to realize he needed more room, so within a few month, he enlarged the kitchen and reopened the large room and north entry.

Today, Gary describes Charlie's Mexican Restaurant as a "family sit-down restaurant that is family owned." He adds, "It is not fast food." Since he has taken over, it has also become a full-service restaurant. "It used to be that when we ran out of food, we closed." Now he is able to fill orders until closing time and hires three full-time kitchen helpers, five waitresses, and a few part-time workers. While people have asked him to open a Charlie's in various locations, it is not cost effective.

So, what brings people from all over the country to eat at Charlie's? Most of it is word of mouth, Gary says. However, one knows that the quality and the taste are what keep people returning. In fact, Gary points out that if he were to ever sell Charlie's, he would have to sell the recipes with it. Everything at the restaurant is homemade. Everyday Gary prepares the beans and the pork chili, a family recipe. While the enchiladas are a family recipe as well, the Charlie's Special came from Alma's trial and error while trying to create an imitation of a dish she had eaten in Wichita. Charlie was certain the dish would not sell, but today it remains the number one selling item on the menu.

A sign used to hang on the front of the building that advertised Mexican barbecue. However, Charlie was never able to master the recipe. After Gary took over, he asked one of his employees if they had ever made the signature dish, and they said yes. After making it a few times, the Barbacoa Plate landed on the menu. Most recently, Sheila introduced a Chicken Avocado salad to customers, which seems to be selling quite well. 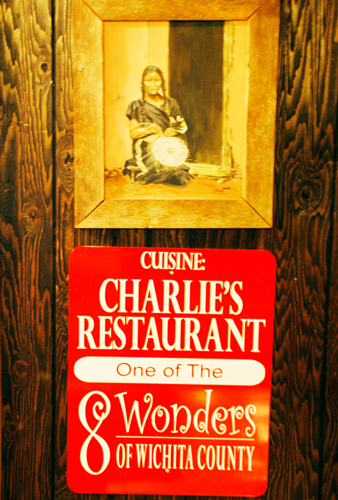 Voted as one of the 8 Wonders of Wichita County (Cuisine), Charlie's Mexican Restaurant has also been mentioned in three books. Charlie's also sponsors local activities through purchasing ads, giving gift certificates for many activities, and sponsoring the bull riding belt buckle at the annual Wichita County Fair.