Cross Timbers State Park is a finalist because...it contains one of the most northern extensions of the Cross Timbers ecosystem, including oaks that date back to 1730 and rugged sandstone-capped hills.

Cross Timbers State Park is located on the banks of the Verdigris River in southeast Kansas and at Toronto Reservoir.
Hike into the Cross Timbers -- and directions to get there.From U.S. Highway 54 and Kansas Highway 105, go south two-and-one-half miles through Toronto, staying on K-105, then at the eastern edge of Toronto, turn south on Toronto Point Road and follow this to the park and pay station. Directly west of the pay station is the trail head. This mile-long trail is a delight to hikers, wildlife enthusiasts, and historians alike.

Some of the ancient trees have interpretive markers that tell the events of the day when the trees were in sapling stage.  Here are two samples of the markers:This area, including the other trails, campsites, modern cabins, lake, and other accommodations is known as one of the cleanest and well-maintained recreational areas in the state. Cross Timbers is truly a unique environment in Kansas and beyond. 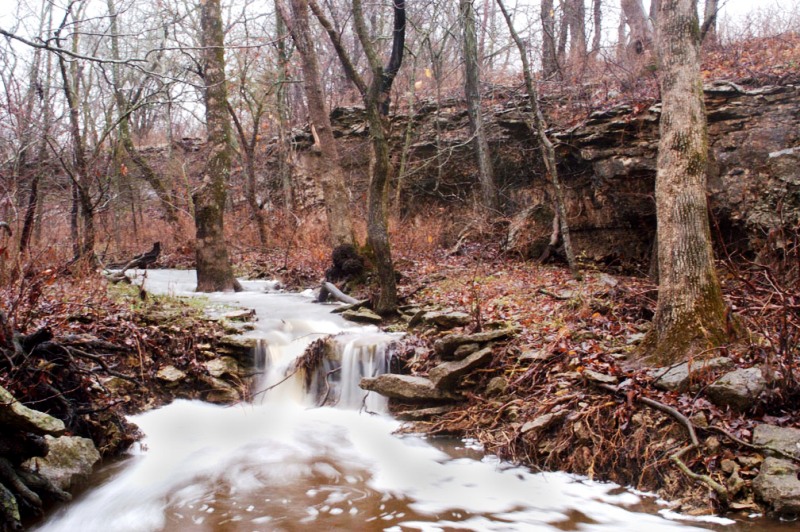