The Home on the Range Cabin is a finalist for the 8 Wonders of Kansas History because in 1871 Dr. Brewster Higley wrote the words near here to what would become the Kansas state song. 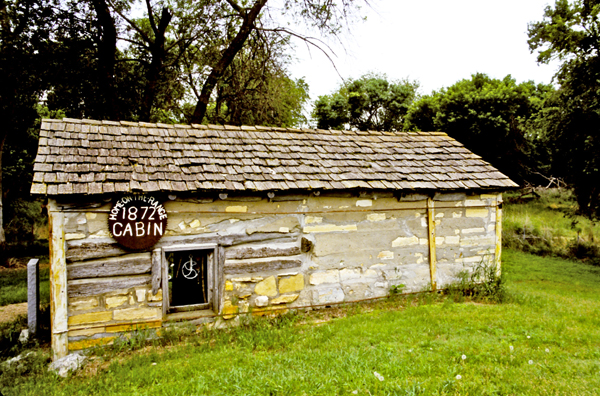 The cabin is located 8 miles north of Athol on K-8, then 1 mile west. You are on private property but you're welcome. Follow the mile-long, narrow driveway, flanked by grasses.

HOW THE SONG CAME TO BE

In 1871 on the bank of the West Beaver Creek (where his cabin is located), Dr. Brewster Higley wrote a poem titled My Western Home to describe the beauty of the site he had chosen for his Kansas homestead. As a romantic Dr. Higley had written this for himself and placed the writings in a book forgotten by him.

In 1873, Trube Reese of Smith Center brought a man with a gunshot wound to Dr. Higley for treatment and while waiting opened a book and the poem fell out.Mr. Reese read the poem and said to Dr. Higley, something to this effect, "This is plum good, you should have it printed in the paper."

The poem was printed in the Smith County Pioneer in 1873 and the Kirwin Chief in 1874, both listing Dr. Higley as the author. In 1873 Dr. Higley presented the poem to Dan Kelly of Gaylord who set it to music and then gave it to Judge John Harlan and his family who first played and sang it publicly. As they were working to finalize their material, Judge Harlan says, "It needs a refrain." "Home, Home on the Range," was added as a refrain and now to this day My Western Home is proudly sung as Home on the Range.

The song was immediately popular across the land especially with the cowboys riding the long distances to drive cattle to the railroads. President Franklin D. Roosevelt is credited with making it popular around the world when he declared Home on the Range as his favorite song.

Over the years the song was claimed by many, some calling it My Colorado Home with Bill and Mary Goodwin of Arizona claiming authorship calling it My Arizona Home. In 1934 the Goodwins sued NBC and various publishing houses for damages, stopping public play of the song. Samuel Moanfeldt, attorney for the defendant, tracing back to Smith County, proved that Dr. Brewster Higley indeed authored the words of Home on the Range and Dan Kelley had set them to music. Once legal proof was established Dr. I.E. Nickell, senator from Smith Center, introduced in the Kansas Legislature a bill to establish the song as the official state song. The bill, with support of Hal Harlan, a descendant of the original band, was adopted on June 30, 1947. Kansans around the world continue to sing it with pride. 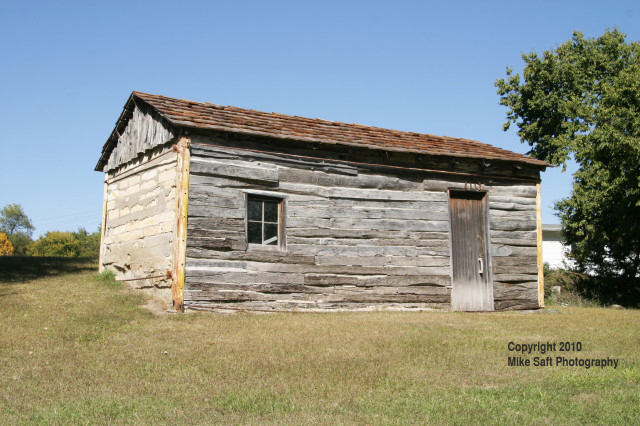 The Brewster Higley Cabin, located near Beaver Creek is recognized as the home of Home on the Range but it is also maintained as a memorial to Mr. and Mrs. Pete Rust who lived on this property longer than anyone else in its history and were instrumental in the cabin remaining on its original site.

It is still possible to visit the cabin because Pete and Ellen Rust had the foresight and determination and made the financial sacrifice to insure the cabin would not be moved. After it was legally proven to have been homesteaded by Dr. Higley and the cabin was of his construction, two separate large financial offers were made to the Rusts and on each occasion the offers were refused. Ellen, even in death, continues financial support, through her Trust, insuring the cabin will be restored and maintained on this site. 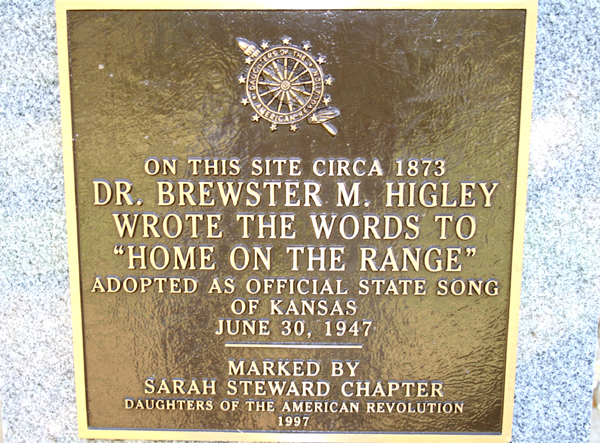 The trustees of the Ellen Rust Living Trust have established a mission statement that continues this dedication. The trust is committed to restoring and maintaining the cabin on the bank of the West Beaver. They believe the Home on the Range Cabin is a one of a kind cabin, famous for one thing and should stay on this location. This position is strongly supported by the Kansas State Historical Society.

Maintaining the cabin on site is a memorial to Dr. Higley, his relatives and to Mr. and Mrs. Rust.

For more information contact the Trust through El Dean Holthus, 785.695.2347 or holt@ruraltel.net. Other trustees are Gerald Caspers, Sharleen Allen and Robert Caspers.