The Kanza Indians and Lewis and Clark shared a common area at different times making Independence Creek one of the 8 Wonders of Kansas History.

When white explorers and traders first visited the area that would become , they encountered a thriving Native American society. The Kanza Tribe, which controlled much of our current state, had its capital near the border of Atchison and Doniphan counties in what today is Northeast Kansas. 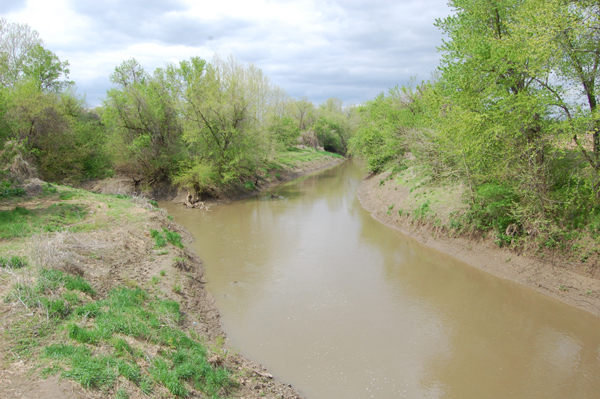 The Kanza's Independence Creek settlement was noted as the main village of the tribe as far back as 1673. By the time French explorer Etienne Veniard de Bourgmont arrived in 1724, it was considered an old village and the capital of the Kanza nation.

When Lewis and Clark came down the Missouri River on their historic government-sponsored exploration of the , they explored the Independence Creek area, home of the Kanza Tribe. Their famous landing there in 1804 occurred on July 4 -- Independence Day.

Ironically, both times the Lewis and Clark expedition visited the area (July 1804 and Sept. 1806), the Kanza would have been at their buffalo hunting grounds to the west. When the expedition came through here in 1804, Clark noted the size of the village and his questions about the village being empty in his journal. 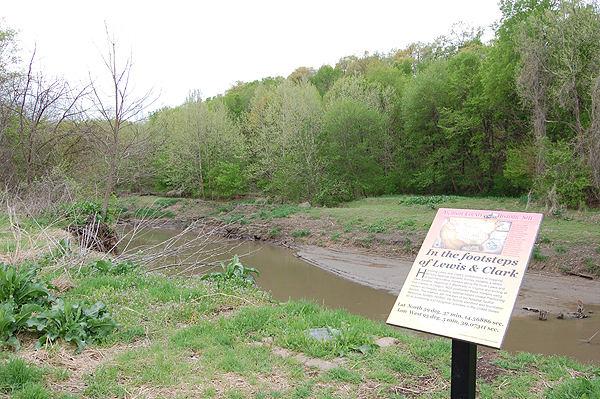 Today, a recreated Kanza dwelling and a Lewis & Clark historic site are side by side near the point where Independence Creek flows into the Missouri River.

The historic Kanza dwelling was eclectic, using the most available building materials. Their early migration from the areas near the saw a change from primarily bark-covered lodges to those using sod as the primary covering. The recreated lodge at the Independence Creek site is one of these unique structures.

The Kanza lived in permanent villages, cultivated crops like beans, pumpkins, potatoes, melons and corn. Though fish, fowl and dog meat were important sources of food for the Kanza, they participated in the nomadic practices of other plains tribes. The entire tribe made two hunting trips to the hunting grounds each year, using buffalo and deer skins to construct tipis for shelter during the long expeditions to the high plains.

The historic site at Independence Creek is at the end of a ten-mile round-trip loop from Atchison's Riverfront Park.  Start the trail at the beautiful Riverfront area where you'll find wide walkways and a stunning view of the river and its surrounding bluffs.  An open-air pavilion, built for Lewis and Clark's bicentennial celebration in 2004, features an interactive touch screen computer where visitors can access information about Lewis and Clark, the Missouri River, the Kanza Indians and the Atchison area.  It's located at Commercial Street and River Road. 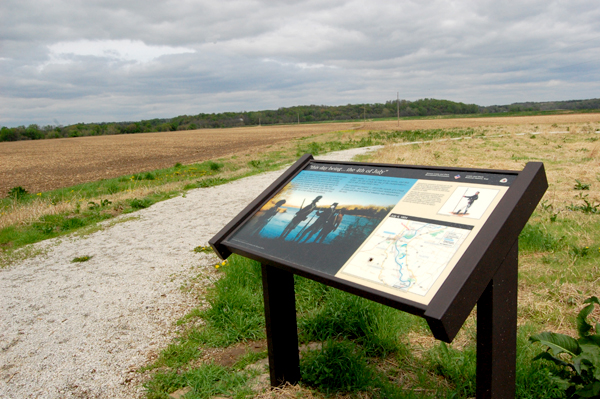 Hikers, cyclists and history buffs should all be interested in making the 10-mile round-trip trek to the Independence Creek area once inhabited by the people who gave their name to our state.  Along the way, markers tell about Lewis and Clark's expedition and the early history of the area.

The Kanza lodge and Lewis and historic site are open year round. Dozens of Kanza artifacts are on display at the , located in the historic Santa Fe Depot, in . Both the Kanza civilization and the Lewis and Clark expedition are detailed in informational materials at the museum and the .