The lead and zinc mining exhibits at the Baxter Springs and are a finalist for the 8 Wonders of History because from 1870 to 1945 the region was rated as the leading producer of lead and zinc concentrates in the world. 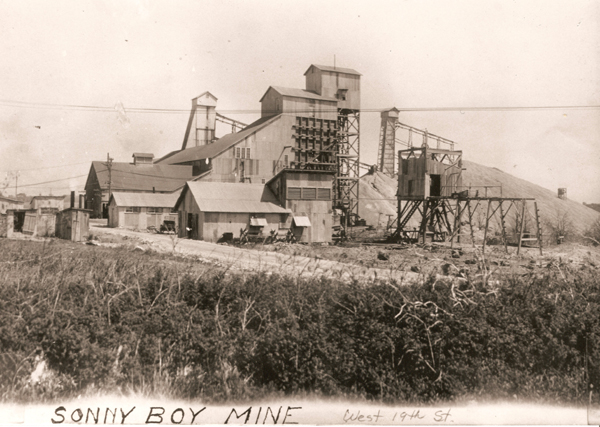 The discovery of lead and zinc was first made in southwest Missouri. Mining was big in Joplin, Mo. from the 1870s forward (Joplin is 20 miles east of us). Shortly after, major deposits of rich ore were found in Galena and the mining boom was on there, from the late 1870s on. Meanwhile, geologists were saying that there would not be any deposits west of Spring River (it flows between Galena and Baxter), but from the 1880s, strikes were being made, and by the turn of the century, all the farm land to the west of town became mines. Thus, all the pioneer farm families who came to Baxter Springs in the days after the Civil War became very wealthy.

While Baxter Springs was surrounded by mines, there was very little effort to mine inside the city limits. Thus, Baxter Springs avoided the desolation and pollution that has plagued Galena, in Kansas, and many towns in northwest Missouri and northeast Oklahoma. The mine owners, engineers, movers and shakers in the mining industry made their homes in Baxter Springs. Several major mining companies had their offices here. It is difficult to completely separate the mining in Kansas from that in the northeast Oklahoma field, as we are virtually on the Oklahoma border.


If you're intrigued with the lead and zinc mining store, spend time in both the Baxter Springs and museums. They are very different museums so you'll get a unique perspective from each.

The heritage center already had a significant collection of lead and zinc mining when they were given the entire world-class mining museum collection three years ago. The collection included 2,000 mining photos and hundreds of underground maps, all of which are being digitized. A large area of their museum is dedicated to mining exhibits.